“I’m delighted to announce that our initial public offering - a defining moment in Voluntis’ development - has been completed successfully on Euronext Paris.

It will pave the way for our expansion, including in the United States where we plan to expand our sales coverage significantly. It will also consolidate our digital therapeutics portfolio, including the continued development of our proprietary multi-cancer solution.

The funds we raised will boost our ability to complete the large-scale roll out of next-generation healthcare solutions that personalize treatment and support patients on a daily basis with the management of their illness”, commented Pierre Leurent, Chief Executive Officer and co-founder of Voluntis.“We wish to thank our longstanding shareholders, our industrial partners with Sanofi Ventures who have supported this operation, as well as our new shareholders for their participation in this fundraising.”

The IPO, which was structured as a global offer (the “Offer”), consisting of a public offering in France in the form of an open-price offer (“OPO”) and a global placement chiefly intended for institutional investors in France and some other countries (the “Global Placement”), raised €30.1m through a capital increase.

The price applicable to the Global Placement and the OPO was set at €14.0per share, representing the bottom of the Offer’s tightened indicative price range, as announced in the Company’s press release dated May 28, 2018.

Based on the IPO price of €14.0per share, Voluntis’ market capitalization will stand at around €105.9m upon completion of the offering.

Trading of the shares will beginin the form of promissory notes on Euronext’s regulated market in Paris from May 30 until May 31, 2018 inclusive. 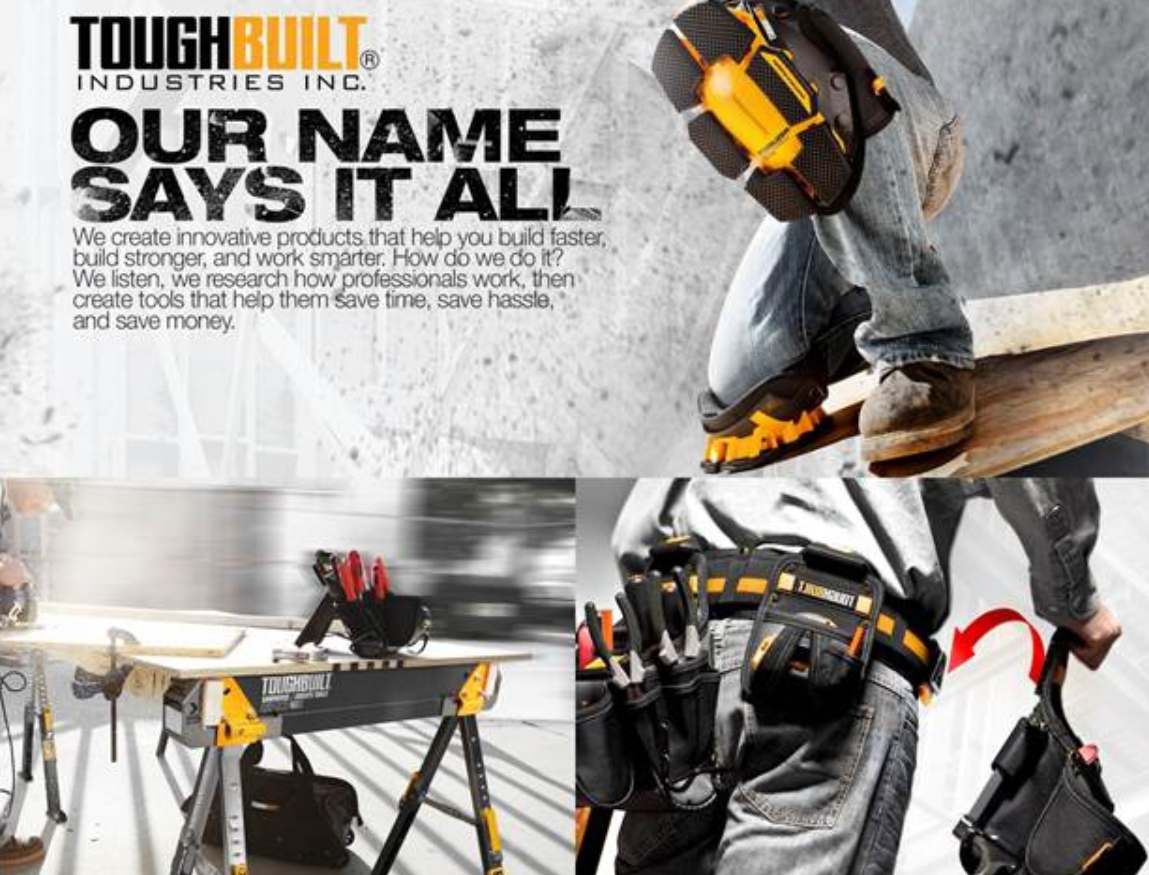 They will then be traded in Compartment C of Euronext’s regulated market in Paris on a single trading line marked as “Voluntis” (ticker: VTX - ISIN code: FR0004183960) from the start of trading on June 1, 2018.

Due to the fact that the overallotment option have not been allocated, no stabilization transactions will be implemented.

Summary of the reasons for the offer

The €27.4min net proceeds from the Offer will be used as follows:

The offer and admission to trading of the Company’s shares on Euronext’s regulated market in Paris will also enable the Company to increase its awareness in France and abroad.

Size of and gross proceeds from the Offer

Breakdown of the shares subscribed for via the Offer

As of the signing of the placement and underwriting agreement and for a period of 180 calendar days from the settlement-delivery date, subject to certain customary exceptions.

Ownership structure on completion of the IPO

Following completion of the capital increase concomitantly with the IPO, ownership of Voluntis’ share capital, which will amount to €756,766.10 made up of 7,567,661 ordinary shares[1], will be as follows[2]:

*      Member of the Company’s Board of Directors.

However, it is worth noting that from the second anniversary of the date on which the Company’s shares are traded for the first time on Euronext’s regulated market in Paris, fully paid-up shares held in registered form by the same shareholder for two years at least with effect from that date will carry double voting rights.

(2)    Via the Cap Decisif, Cap Decisif 2 and G1J funds, on behalf of which it acts as the management company

Each of the subscription commitments as presented in the securities note approved by the AMF visa dated May 14, 2018 was 100% satisfied.

Availability of the prospectus

Copies of the prospectus approved by the AMF on May 14, 2018 under visa number 18-169, comprising the document de base registered on April 17, 2018 under number I.18-016 and anote d’opération(including the summary of the prospectus), are available free of charge and on request from Voluntis, 58 avenue de Wagram, 75017 Paris, France - as well as on the Voluntis website (www.voluntis.com) and the AMF website (www.amf-france.org).

Voluntis draws investors’ attention to Section 4 “Risk factors” of the document de baseregistered with the AMF and Section 2 “Risk factors relating to the offer” of the note d’opérationand in particular that relating to liquidity.

The Company believes that it is in a position to meet its commitments up to September 2018 (without taking into account the net proceeds of this offer).

Combining mobile and web apps, Voluntis’ solutions deliver personalized recommendations to the patient and the care team that so that they can, for example, adjust treatment dosage, manage side effects or monitor symptoms. These real-time recommendations are based on digitized clinical algorithms. Leveraging its Theraxium technology platform, Voluntis has designed and operates multiple digital therapeutics.

These include Insulia®and Diabeo®in diabetes as well as eCO and ZEMY in oncology. Voluntis has long-standing partnerships with leading life science companies such as Roche, AstraZeneca, Sanofi and Onduo. Based out of Boston and Paris, France, Voluntis is a founding member of the Digital Therapeutics Alliance.

Diabeo®is a registered trademark of Sanofi.

No communication and no information in respect of the offering by Voluntis of the shares (the “Shares”) may be distributed to the public in any jurisdiction where a registration or approval is required.

No steps have been or will be taken outside of France in any jurisdiction where such steps would be required. The offering and subscription of the Shares may be subject to specific legal or regulatory restrictions in certain jurisdictions.

Voluntisassumes noresponsibility for any violation of any such restrictions by any person.

The offer will be open solely to the public in France after the delivery by the AMF of a visa on the Prospectus.

For the purposes of this paragraph, the notion of an “offer to the public of Shares” in each of the relevant member States, means any communication, to individuals or legal entities, in any form and by any means, of sufficient information on the terms and conditions of the offering and on the Shares to be offered, thereby enabling an investor to decide to purchase or subscribe for the Shares, as the same may be varied in that Member State by any measure implementing the Prospectus Directive.

The distribution of this press release is not made, and has not been approved, by an “authorised person” within the meaning of Article 21(1) of the Financial Services and Markets Act 2000.

As a consequence, this press release is directed only at persons who (i) are located outside the United Kingdom, (ii) have professional experience in matters relating to investments and fall within Article 19(5) (“investment professionals”) of the Financial Services and Markets Act 2000 (Financial Promotions) Order 2005 (as amended) (the “Order”), (iii) are persons falling within Article 49(2)(a) to (d) (high net worth companies, unincorporated associations, etc.) of the Order or (iv) are persons to whom this press release may otherwise lawfully be communicated (all such persons together being referred to as “Relevant Persons”).

Any person other than a Relevant Person may not act or rely on this document or any provision thereof. This press release is not a prospectus which has been approved by the Financial Services Authority or any other United Kingdom regulatory authority for the purposes of Section 85 of the Financial Services and Markets Act 2000.

The securities mentioned herein have not been and will not be registered under the U.S. Securities Act of 1933, as amended (the “U.S.

The distribution of this document in certain countries may constitute a breach of applicable law.

The information contained in this document does not constitute an offer of securities for sale in the United States, Canada, Australia or Japan.

This press release may not be published, forwarded or distributed, directly or indirectly, in the United States, Canada, Australia or Japan.

No guarantee is given as to these forecasts being achieved, which are subject to risks, including those described in the prospectus, and to the development of economic conditions, the financial markets and the markets in which Voluntis operates.

[2]It being specified that, for the sake of complete transparency, due to a transcription error, the number of shares making up the free float and, by extension, the ownership percentages shown in the tables in sections E.6 of the summary of the securities note and in section 9.3 of such note were reduced by a number equal to the number of shares issued upon conversion of the OC2017 convertible bonds.