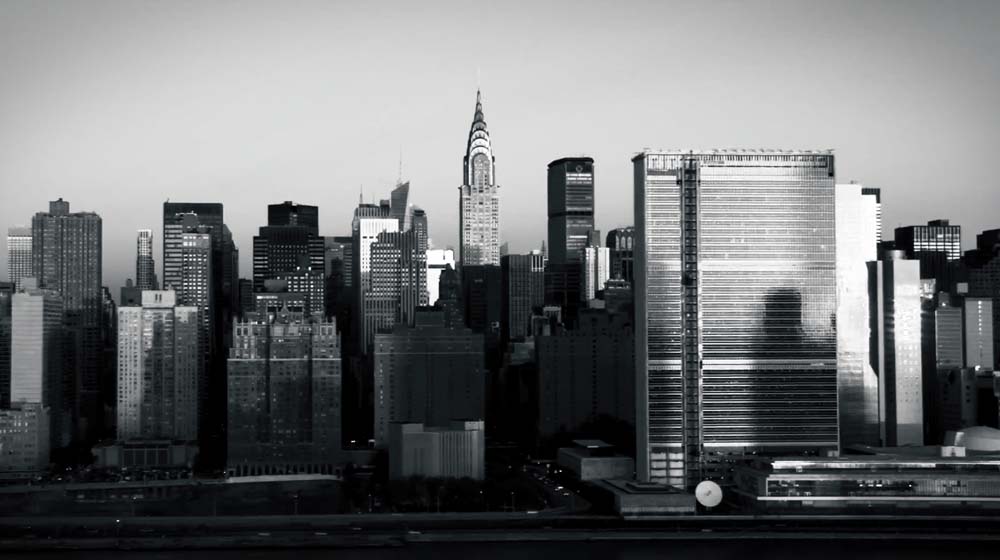 Now that Trivago’s co-founders and CFO are heading out on their IPO roadshow to sell the company’s merits to investors, they are spilling secrets on how and why they built the brand the way they did.

It’s an interesting tale from the Dusseldorf, Germany-headquartered hotel metasearch site when you compare it to the construction of fellow European rival and partner Booking.com, especially as Trivago CEO Rolf Schrömgens said, “We don’t see a limitation right now” in the company’s potential growth and that Trivago aspires to be “the player” in hotel search.

Trying to Cut Out Google

Founded in 2005 and having only taken about $1.2 million in external funding in its history [Expedia bought out pre-existing investors when it took a 63.5 percent stake in the company four years ago], Trivago decided in 2008 that it would try TV advertising to build its brand because relying on Google and other search engines to deliver traffic would be too risky.

“We soon realized we need to be the first contact to the customer,” Alex Hefer, Trivago’s CFO, said in a video posted with the company’s roadshow materials.

“… The only way to do that was developing a brand.”

Unlike its neighbor in Amsterdam, Booking.com, which sold 432 million room nights last year by going heavy in digital marketing with some TV thrown in, Trivago relies much more heavily on television advertising.

There weren’t a lot of travel companies doing brand marketing in the 2008-2009 period [unlike the crowded and very competitive TV advertising market today] when Trivago developed its first TV campaign, CEO Schrömgens said.

Although TV isn’t considered “performance marketing” that can be measured relatively easily, Trivago’s strategy was not bereft of testing or analytics.

“We looked at what spot was aired and what was the reaction on our site,” Schrömgens said.

How Much Did Big Travel Companies Spend on TV Ads in 2019?

“We kept on doing what worked and just stopped doing what didn’t work. That gives you enormous data and I think that’s what we did different than people before us.”

Like Booking.com, which gains great advantage in digital marketing because of its scale and efficiencies, Trivago ran successful TV advertising campaigns in home-country Germany and used the revenue windfall to expand in Europe, which is still its most-developed market, one country at a time.

“We were basicsally growing all over Europe, always taking money from one country that works and putting it into the next country and building the next market,” Schrömgens said.

When Trivago realized it could scale up profitably [more on that below] it got more aggressive, he said.

“That gave us the chance to invest more and more money ….

We took our money from Germany, which we were earning here and we are going into the next country.”

Trivago believes it is on the way to building a global brand, and cites figures showing it has the leading aided brand awareness over competitors in five of its top 7 markets, including 92 percent in Italy, 89 percent in Spain, 86 percent in Germany, 79 percent in France and 77 percent in Australia.

In the U.S., which Trivago entered a couple of years ago with the creepy, handsome or just effective Trivago guy, it claims a 63 percent aided brand awareness mark compared with Expedia (80 percent), TripAdvisor (69 percent) Priceline.com (68 percent), metasearch rival Kayak (62 percent) and Booking.com (39 percent).

[Side note: TripAdvisor has done no TV advertising in 2016 yet Trivago pegs TripAdvisor’s unaided brand awareness at 69 percent, which is impressive.]

Trivago is seeing big growth in the U.S., Schrömgens said. 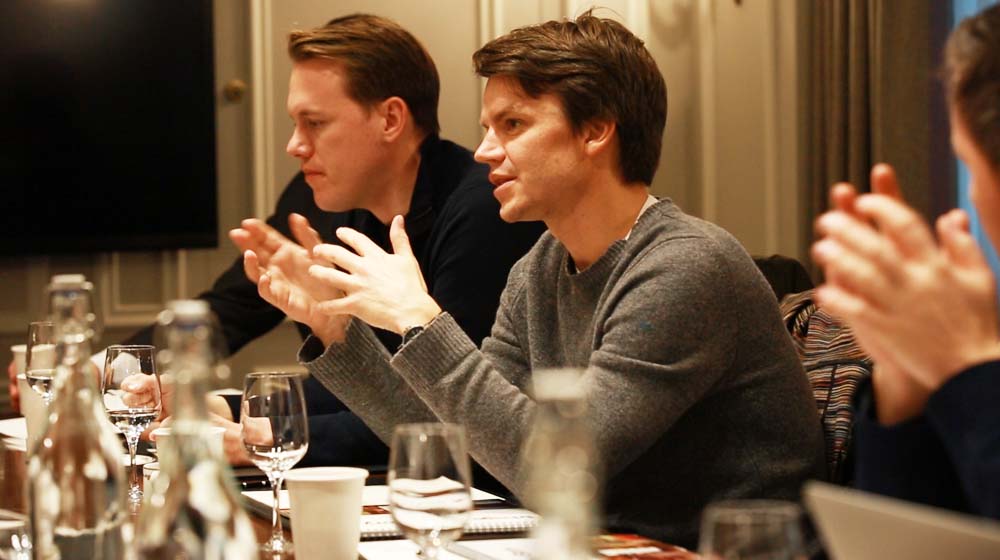 It is “foreseeable how we can get there” to be the leading player, he added.

Another reason Trivago claims it has been able to grow so rapidly — 59 percent revenue growth in 2015 to $573.4 million — is that it gets virtually all of its revenue from the cost-per click model.

When consumers click on a link, Trivago gets paid.

Co-founder Malte Siewert, managing director for marketplace, characterized the competitive-bidding model as lean and transparent because unlike some competitors [such as TripAdvisor, for example], Trivago doesn’t have to waste time negotiating commissions. “That meant we didn’t have to negotiate the rates all the time. The advertisers competed for traffic,” Siewert said.

In 2015, Trivago tweaked the business model to enable CPC bidding at the property level, enabling advertisers to fine-tune their bidding strategies by property rather than choosing among a pre-set selection of potential bidding choices.

Trivago on average shows rates from 10 advertisers from every property it lists and it always shows the lowest price first.

The lowest prices averages about 19 percent lower than the highest price shown.

Some of Trivago’s arguments carry more weight than others.

Many investors are concerned about the proliferation of mobile devices and how mobile monetizes less lucratively than desktop.

TripAdvisor, for example, is struggling to resolve that puzzle with its move toward Instant Booking, or handling bookings on its own sites as an alternative to sending consumers to advertisers’ sites to complete their bookings.

Schrömgens claimed that the Trivago’s business model works even better on mobile, which now generates well over 50 percent of revenue, than on desktop because consumers are getting used to coming to Trivago first to see all of their hotel options in one place.

That talking point may fall flat, however.

Trivago, which has a single price structure for bidding on desktop and mobile, concedes in its prospectus that it may choose to implement a dual pricing structure.

Trivago states, though, that it doesn’t believe that change would have a material impact on revenue.

“… We believe that the current bids advertisers place on our CPC-based bidding system reflect the overall efficacy of the combined desktop and mobile prices they receive,” the company stated.

Another issue that raises investors’ concerns is Trivago’s dependence on the Priceline Group and parent company Expedia Inc.

While not addressing the Expedia and Priceline issue head-on in the video, Schrömgens contended that Trivago’s bidding marketplace is so competitive and robust that even if a large advertiser drops out it would only “marginally” impact revenue.

If, in theory, the Priceline Group believed it could drop out of Trivago and shift all of that marketing spend to its Kayak unit [OK, it is not a realistic scenario in the immediate future], then Trivago would certainly feel some pain, though.

In its prospectus, Trivago cites “advertiser concentration” as among its risk factors in the future.

In the video, CFO Hefer acknowledges that there is a tradeoff between growth and profitability, adding that public companies are expected to show improved profitability.

Trivago currently maintains an adjusted EBITDA (earnings before interest, taxes, depreciation and amortization) of zero percent because “from our perspective to aggressively improve profitability we would sacrifice growth,” Hefer said.

He added that Trivago is only in the early stages of “solving” the hotel search problem, and has much room to grow.

Growth should not only be viewed in terms of revenue, Hefer said, but also in the vast amounts of data Trivago can collect as it expands.

The more data, the better, he adds.

Schrömgens concurred that data abet personalization in matching the right customer and an attractive hotel at an opportune time, and that is where real value creation takes place.

Schrömgens said he envisions one company — ahem, Trivago presumably — “at the top of the funnel,” meaning dominating the earliest stages of hotel searching.

“We don’t see limitations right now” in how big Trivago can get, he added.

Schrömgens said that Trivago’s corporate culture, including an emphasis on learning and a very diverse employee base, will be a real competitive advantage.

He described Trivago as “a company with so much focus on learning that whatever happens in the future we will always be able to adapt.”

Talk about forward-looking statements; that certainly is one.

Interestingly, Trivago officials didn’t address the sharing economy in their roadshow video, although the company cites Airbnb and HomeAway as competitors in its written prospectus, and will undoubtably be questioned by investors about the topic.

Said Schrömgens: “We want to be the player in one of the most important markets [hotel search] in the world.”

The next step in that vision, as ambitious as it is, will be when you can start checking Trivago’s stock price under symbol TRVG on Nasdaq.

At this juncture — and this is subject to change — Trivago is planning to raise $428 million at a $5 billion valuation.

It all would pay for plenty of new TV ads.