Tu Guangshao, vice chairman and president of CIC is still a fan of US property

The Beijing-based fund has revealed that it holds a 15.5 percent stake in TPG Real Estate Finance Trust, a REIT managed by an affiliate of Texas-based TPG.

CIC invested in the trust, which had its initial public offering last week, through its affiliate Flourish Investment Corp.

With the trust having priced its IPO at $20 per share, CIC’s 9.39 million shares in the newly-listed vehicle are now worth $187.8 million. 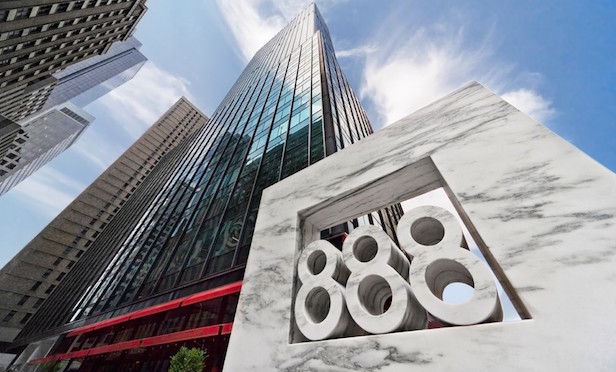 The listing raised $220 million by offering 11 million shares, and CIC was the second-largest stockholder in the trust.

CIC disclosed its stake in TPG Real Estate via a filing with the US Securities and Exchange Commission in tandem with the trust’s initial public offering on July 19. The vehicle, created by TPG in 2014, originates loans of over $50 million for commercial properties including multi-family, hotel, office, industrial, retail and other assets in the US.

According to a filing with the NASDAQ stock exchange, as of the end of March, about 73 percent of the trust’s loans are secured by properties in the ten largest US metropolitan areas.

The majority of the properties are undergoing some type of value-add process including construction, refurbishment and releasing. TPG Real Estate holds 54 first mortgage loans with an aggregate unpaid balance of $2.6 billion, along with mezzanine loans and mortgage-backed securities. The trust earned $102 million in revenue through the 12 months ending this past March.

The news of CIC’s investment comes as China hits the brakes on an overseas acquisition spree by some of the country’s top private firms, including Dalian Wanda Group, HNA Group, and Fosun International.

The move by the sovereign wealth fund indicates that the nation’s sovereign investors may be under less constraints than their corporate counterparts in doing deals abroad.

A unit of the sovereign wealth fund teamed up with China Life and a group led by TIAA Private Investments last month to buy the biggest parking operator in North America in a deal estimated to approach $1 billion.

The tie-up with TPG Real Estate is CIC’s first partnership with Fort Worth-based TPG, formerly Texas Pacific Group, a private equity firm with over $73 billion in assets under management.

In 2015 TPG led a private equity group to buy Cushman & Wakefield, the global property consulting firm now based in Chicago, for a reported $2 billion.