9, 2006 - The Securities and Exchange Commission today issued two releases to grant smaller public companies and many foreign private issuers further relief from compliance with Section 404 of the Sarbanes-Oxley Act of 2002.

The relief is in furtherance of the "next steps for Sarbanes-Oxley implementation" (SEC Press Release 2006-75) announced on May 17, 2006, and includes some new initiatives not previously announced.

Today's releases follow the July 11, 2006, publication of a Concept Release soliciting public comment on guidance for management the SEC plans to issue to assist companies in assessing their internal controls over financial reporting.

"The actions taken in these releases continue the Commission's efforts to be sensitive and responsive to the particular needs of smaller public companies and foreign private issuers, and to minimize the burdens that Section 404 may impose on them," said SEC Chairman Christopher Cox. "By offering further relief for smaller companies and most foreign issuers, today's actions will allow time for the Commission and the PCAOB to redesign Section 404 implementation in a way that is efficient and cost effective for investors."

A summary of the subjects of the two releases appears below: 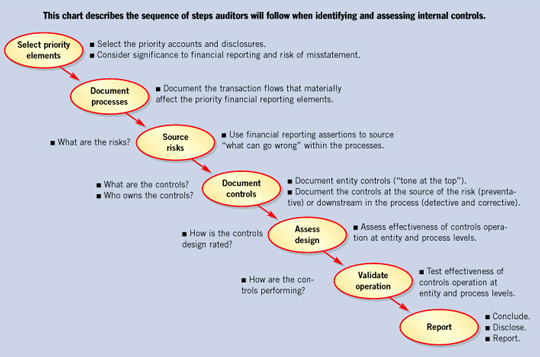 15, 2007. The Commission also proposes to extend the date by which non-accelerated filers must begin to comply with the Section 404(b) requirement to provide an auditor's attestation report on internal control over financial reporting in their annual reports.

This deadline would be moved to the first annual report for a fiscal year ending on or after Dec. 15, 2008.

This proposed extension would result in all non-accelerated filers being required to complete only the management's portion of the internal control requirements in their first year of compliance with the requirements. This proposal is intended to provide cost savings and efficiency opportunities to smaller public companies and to assist them as they prepare to comply fully with Section 404's reporting requirements. This proposed extension will provide these issuers and their auditors an additional year to consider, and adapt to, the changes in Auditing Standard No.

2 that the Commission and the Public Company Accounting Oversight Board intend to make, as well as the guidance for management the SEC intends to issue, to improve the efficiency of the Section 404(b) auditor attestation report process.

Approximately 44% of the domestic companies and 38% of the foreign private issuers that file periodic reports with the Commission are non-accelerated filers.

The Commission seeks public comment on all aspects of this proposal.

Comments should be submitted within 30 days of the proposal's publication in the Federal Register.

These companies will have their compliance deadline extended for an additional year, so that they will not begin complying with the Section 404(b) requirement to provide an auditor's attestation report on internal control over financial reporting in their annual reports until fiscal years ending on or after July 15, 2007. 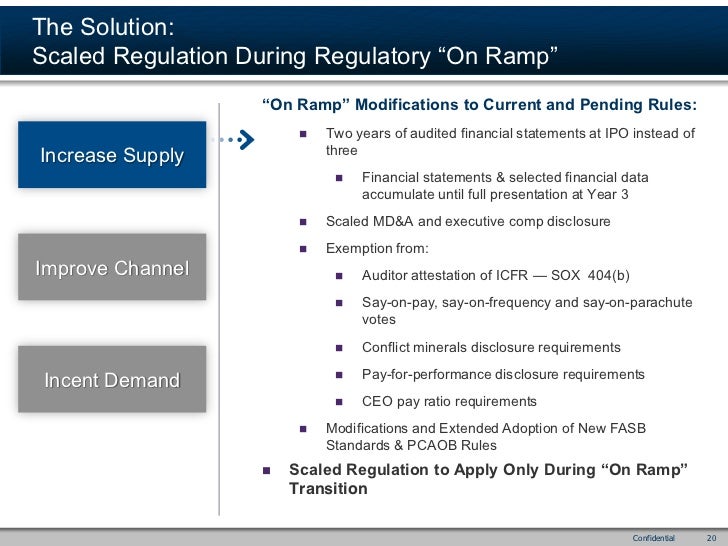 This group of issuers will be required to comply only with the Section 404 requirement to include management's report in the Form 20-F or 40-F annual report filed for their first fiscal year ending on or after July 15, 2006.

They will not need to comply with the requirement to provide the registered public accounting firm's attestation report until they file a Form 20-F or 40-F annual report for a fiscal year ending on or after July 15, 2007.

Navigating SOX 404(a): How to Balance Risk, Budget, and Operational Goals

The Commission's data indicate that about 23% of the approximately 1,200 foreign private issuers that are subject to the Exchange Act reporting requirements are accelerated filers that will receive the one-year extension of the compliance dates for the Section 404(b) auditor attestation requirement.

The Commission's actions today do not change the date by which a foreign private issuer that is a large accelerated filer must comply with both the Section 404(a) and (b) requirements. These filers are required to include both a report by management and an attestation report by the issuer's registered accounting firm on internal control over financial reporting in their Form 20-F or 40-F filed for a fiscal year ending on or after July 15, 2006.

This extension is a final Commission action and will be effective shortly, on the date that the Commission release granting the extension is published in the Federal Register.

It would include a foreign private issuer that is listing on a U.S. exchange for the first time.

To provide meaningful relief to companies that are new to the U.S. markets and our reporting requirements, the Commission is proposing to amend its rules so that a company would not be required to provide either a management assessment or an auditor attestation report until it has previously filed one annual report with the Commission. This relief is being proposed in recognition of the fact that preparation of a newly public company's first annual report can be a time and resource intensive process that may quickly follow an IPO or initial listing.

By not requiring the Section 404 reports until a newly public company files its second annual report with the SEC, the Commission hopes to increase the efficiency and effectiveness with which those companies ultimately meet their Section 404 compliance obligations.

The Commission seeks public input on this proposal from foreign and domestic companies, their financial and other advisors, investors and other interested members of the public.

As with the proposed extension for smaller public companies, comments on this proposal should be submitted within 30 days of publication in the Federal Register.

"We have heard that the Section 404 reporting requirements impose a special burden on foreign private issuers, smaller companies and newly public companies. These companies play an important role in our capital markets, and these releases illustrate the Commission's commitment to improving the efficiency and effectiveness of Section 404 implementation for them," said John W. White, Director of the Division of Corporation Finance.

What are the requirements for Section 906?

"We believe our proposed transition relief for newly public companies should enhance the attractiveness and cost-effectiveness of participating in our markets both for companies contemplating IPO's and for foreign companies considering listing in the U.S. for the first time, without sacrificing important investor protections, and we look forward to receiving comment from a diversity of interested parties on that proposal."

The Commission will continue to work on its own, and with the Public Company Accounting Oversight Board, to take several additional steps previously outlined on May 17, 2006, in SEC Press Release 2006-75 to improve the implementation of Section 404 so that it will work efficiently and effectively for companies and auditors of all sizes.