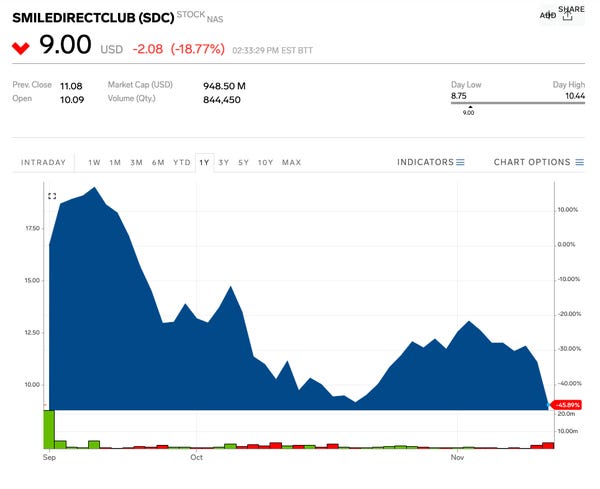 SmileDirectClub is bracing for a windfall of cash.

The company, which provides invisible teeth-straightening devices, is looking to sell up to $1 billion in stock in an initial public offering, three people with knowledge of the matter said.

SmileDirectClub is currently on file confidentially and aiming to flip its IPO prospectus to be public sometime next month, with a debut targeted for September, said the people, who asked not to be named discussing private details about the offering.

The size and timing of the offering could still change depending on market conditions.

SmileDirectClub was most recently valued at $3.2 billion in a private fundraising round led by Clayton, Dubilier & Rice, Kleiner Perkins and Spark Capital.

The exact valuation that SmileDirectClub is targeting could not be learned but is expected to be much higher than their most recent round.

SmileDirectClub, based in Nashville, Tenn., manufacturers and sells invisible braces. The company allows consumers to book a 3D imagery in their "SmileShop" or get an at-home kit sent to their home. They will then send clear aligners for $1,895, which the company says can take six months of full-time wear, on average, to straighten teeth. Company is doing approximately $1 billion in run rate revenue for 2019, one of the people said.

Since the company was founded in 2014 by Alex Fenkell, 30, and Jordan Katzman, 29, SmileDirectClub has grown to 300 SmileShop locations and 5,000 employees. 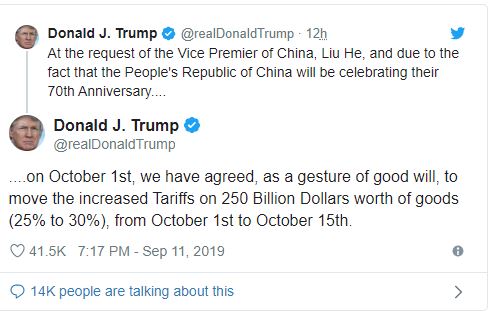 In April, CVS Health and SmileDirectClub signed a partnership to put SmileShops in hundreds of CVS Pharmacy locations this year.

The company competes with Align Technology, the publicly traded maker of Invisalign, which acquired a 17 percent stake in SmileDirectClub in 2016.

Since then, the two have feuded.

SmileDirectClub brought arbitration alleging that Align breached its non-compete and misused confidential information. In March, a judge ruled in favor of SmileDirectClub and ordered Align to close all 12 of its Invisalign stores and prevented it from opening new stores.

The ruling also required Align to return its ownership back to SmileDirectClub at 2017 levels, which is well below their latest fundraising round.

JPMorgan and Citigroup are the lead underwriters on the IPO, two of the people said.

Bank of America, Credit Suisse and Jefferies are also managing the offering, they said.

Axios had earlier reported that SmileDirectClub had hired JPMorgan for an IPO.

"The company as a matter of policy does not comment on market rumors," said a representative for SmileDirectClub by email in response for a request to comment on the IPO.

"However, we always are exploring financing alternatives to take advantage of favorable market conditions."