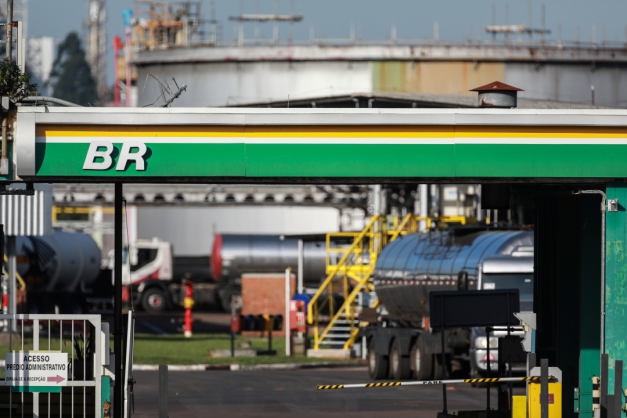 Petroleo Brasileiro, the Brazilian oil and gas giant, on Thursday raised 120.36 billion reais in the largest share issue ever, arming it with the cash needed to realize an ambitious offshore development plan.

With a little over a week until the Brazilian presidential elections, the offering has political overtones, as President Luiz Inácio Lula da Silva has made a policy of strengthening government control over the oil industry and is supporting the campaign of his chief of staff and heir apparent, Dilma Rousseff.

Indeed, the stock exchange announced that Lula would preside over a special ceremony Friday marking the offering that has propelled Petrobras up the ranks of the largest oil and gas companies in terms of market capital.

The government, which held nearly a third of Petrobras stock before the offering, and exercised more than half of its voting shares, was expected to increase its share in the company, Petrobras said in its prospectus this month.

Lengthy negotiations over the summer delayed the offering, set for June, as the government negotiated over the purchase of rights to 5 billion barrels of oil equivalent in the area known as Tupi, which in 2007 was the site of the largest oil discovery in Latin America since Mexico’s Cantarell fields were found in 1976.

Petrobras share issue is the largest since NTT, the Japanese telecommunications firm, made a $36.8 billion offering in 1987, and far surpass the initial public offering by the Agricultural Bank of China this summer.

The new shares are set to trade for the first time on Friday in New York, and on Monday in Sao Paulo.