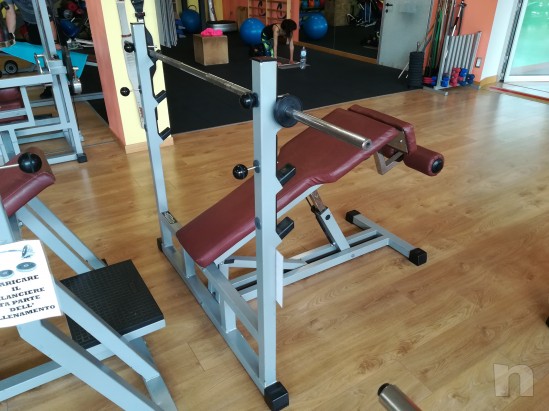 The Italian king of wellness, Nerio Alessandri, is toning up for a stock market debut.
Technogym, a global manufacturer of fitness machines and equipment, yesterday officially started its roadshow. At the Italian Stock Exchange, people are crossing their fingers.

The sale is going to be the first initial public offering (IPO) of 2016. Expected for the middle of the year (although the recent selloff has frozen the stock market), Technogym will join a group of listed “Made in italy” companies, and will bring back Milan as the “stock market of luxury and lifestyle,” as Raffaele Jerusalmi, the head of Milan’s exchange, loves to say.

Yesterday, from London, the company founded by the Alessandri brothers (Nerio and PierLuigi) raised the curtain on the IPO, telling investors the tour will last 10 days, until April 28.

The roadshow will also stop in Milan, although when remains unclear as stock market watchdog Consob still has to approve the IPO prospectus.

The entire details of the sale will be disclosed only after Consob's green light. For now, the company has announced the IPO price range.

Shares will be offered in a price range of between €3 and €3.5. As a result, Technogym will have a minimum capitalization of €603 million, and a maximum of €753 million.
The listing will be entirely a OPV (offerta pubblica di vendita), where existing shares are sold by shareholders.

For Technogym, shares will be tendered by the Arle fund (created via a buyout of UK private equity Candover), which currently owns 40% in the company. The fund will place a 28.75% stake, remaining the minority shareholder with around 12%.

The listing sends a strong message of optimism by Alessandri, and especially his advisors, Goldman Sachs and Mediobanca, on how the company will be greeted in Piazza Affari.

“For us, it's a long-term project,” said Alessandri. “The listing comes independently of the current stock market situation. Especially, it's a decision made in a perspective of managing the company.”

Early this year, talk circulated that behind the decision to tap the stock markets was Alessandri himself, who sees the stock market as a target and a springboard to help the company grow.

The businessman aims at becoming the world's leading manufacturer of sports and wellness equipment: this summer, in Brazil, Technogym will be for the sixth time the official partner of the Olympic Games.