We wrote last year about the Initial Public Offering (IPO) season and the dangers of investing in lemons. 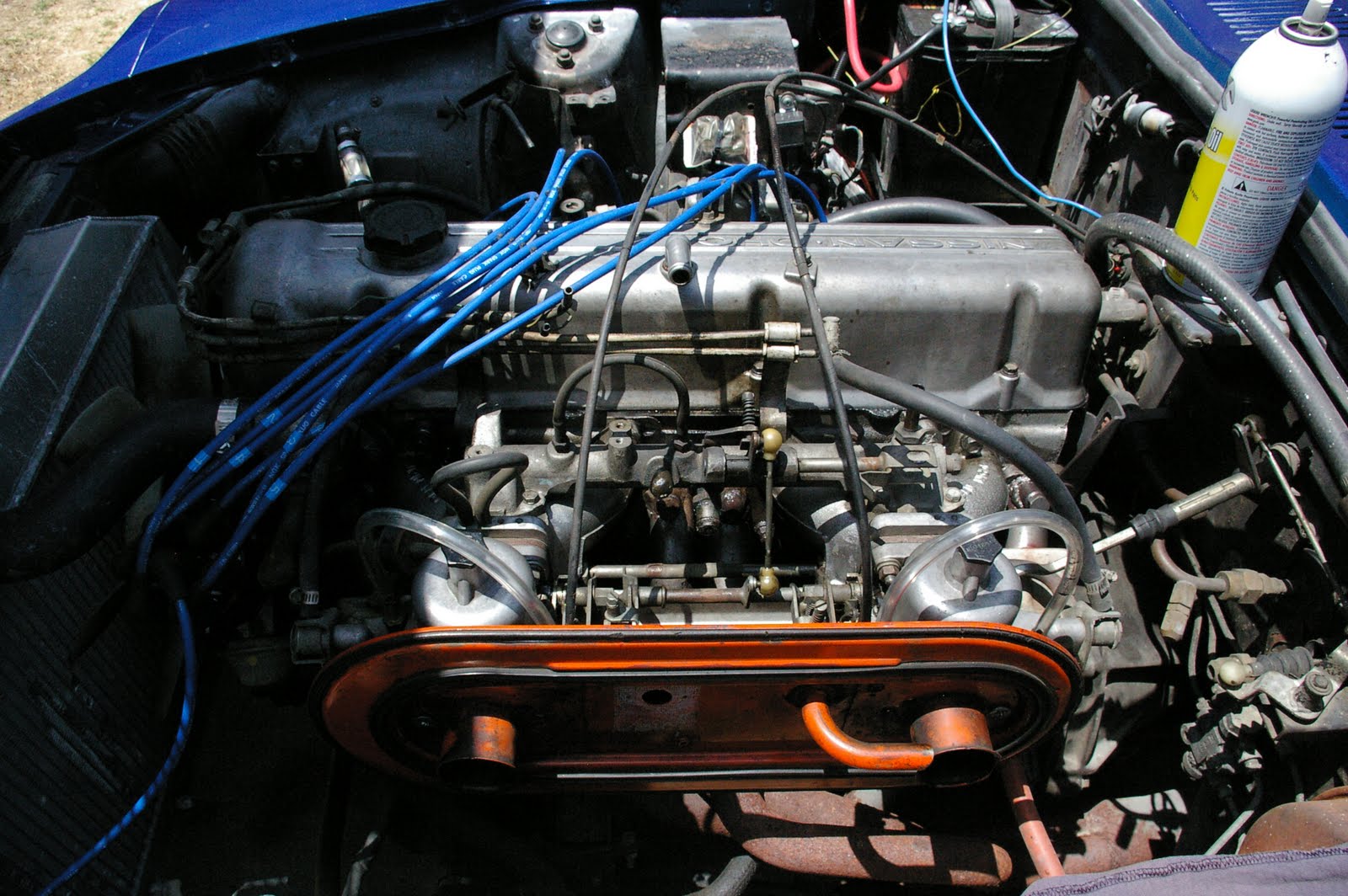 This time we analyse the returns from companies that have recently gone through the IPO process, and discuss observations that might be useful in avoiding those lemons.

Last time we mentioned the academic research of Ritter, who many would say ‘wrote the book’ on returns around IPOs.

The crux of his research is that investors are rewarded for partaking in an IPO in the short term, but rarely benefit in the long term.

This is most easily demonstrated from his chart of long run IPO returns, available from http://www.kellogg.northwestern.edu/researchcomputing/workshops/papers/ritter_jf1991.pdf 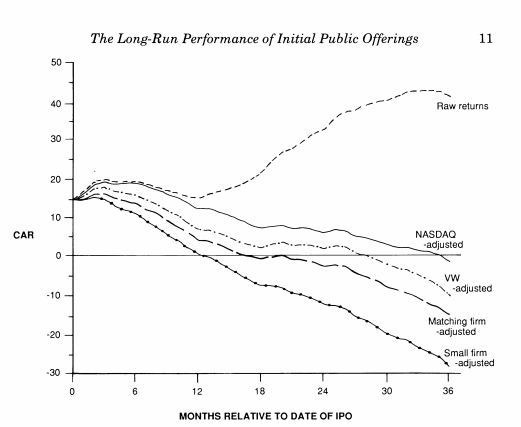 So how have recent IPOs performed in our market? Our analysis is based on an identified 146 IPOs that have taken place in Australia and New Zealand since January 2013.

The graph below has a similar shape to Ritter’s graph, initial absolute returns are good, but soon decline, and then in a relative sense, decline significantly. 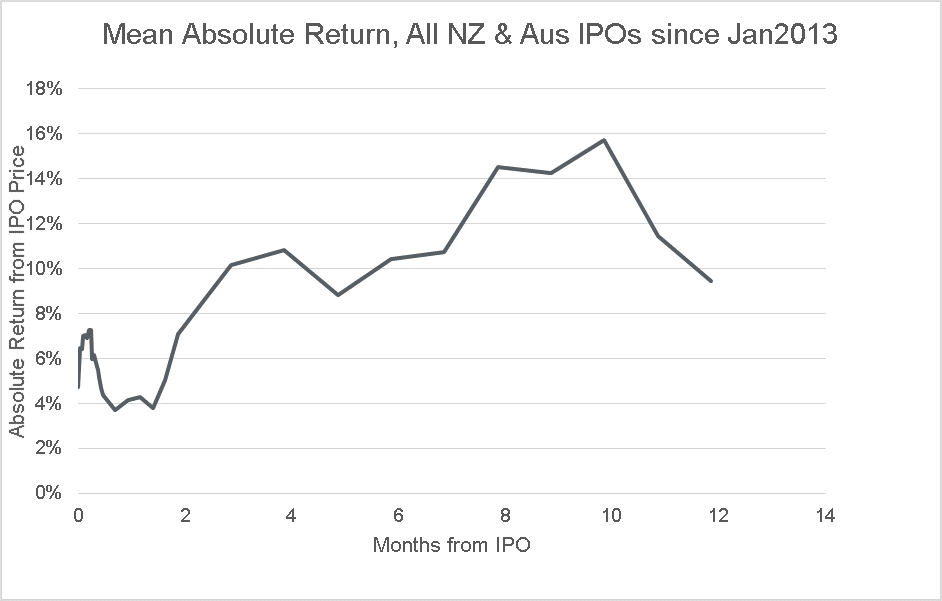 However, the 146 most recent IPOs have an (equally weighted) average return on day one of only 5%, significantly below the longer term Australia and NZ averages, and also well below returns from other geographies over a similar period.

Ritter’s main concern with the validity of his results was that a strategy that equally weights all IPOs was in practice impossible to implicate.

‘Hot’ IPOs with a great deal of demand will often be subject to heavy scaling, so investors either receive a fraction or even no allocation of the stock.

The potential flops are rarely scaled, leaving investors with their full allocation, and hence a portfolio biased to the underperformers.

The range of first day outcomes is wide and so the potential for being left holding the lemon is significant.

The lead manager in an IPO plays a role in marketing the issue to potential investors, and also in facilitating orderly trading in the issue during its first few days.

Some companies, particularly smaller issues, choose to IPO without an underwriter.

What is an Initial Public Offering (IPO)?

In New Zealand an example of such a company was Serko. Although choosing not to pay a large fee to an investment bank may seem good value to both new and old shareholders, non-underwritten IPOs have not performed as well on their first day, with an average 1 day return of -3%.

This may be an outcome that makes sense for vendors in the IPO, but should be enough to make many buyers wary of IPOs where the vendors have elected to go it alone.

Put another way, if an investor avoids IPOs that have no underwriter their average day 1 return increases by a small, but useful 1.2% (from 5% to 6.2%).

Are some brokers better lead managers than others? When we look at the brokers who have led 9 or more IPOs (an IPO can have more than one lead manager), there are no stand out leaders, but one potential laggard to be wary of.

Broker E’s best offering was one of New Zealand’s SOE sell downs, with a +5% day one return, one of their IPOs was flat, and the other 7 had negative day 1 returns.

To be fair Broker E has rarely been a sole lead manager, but they do seem to have an uncanny ability to get themselves involved in relatively unsuccessful floats.

Smaller brokers who undertake less IPO work have more varied results; some with average returns >50%, others as bad as averaging -10%.

While having a lead manager (perhaps other than ‘E’) increases the probability of a positive day 1 return.

It seems that employing a team of lead managers for an IPO does little, and perhaps proves what we all knew, that Investment Bankers are not able to play nicely together.

Another, perhaps related, metric is IPO size, where we refer to the dollar amount raised, rather than the total value of the company.

Smaller IPOs have performed significantly better than large ones. There is undoubtedly a demand element here, though it does suggest one should be more wary of large IPOs.

IPOs without an Underwriter are excluded

In summary, this (albeit rough) analysis indicates that there might be a ‘sweet spot’ in IPO investing and realising good returns on day one.

Smaller is better, although <$10m is perhaps too small. Underwritten IPOs are a safer bet, but be wary when there is a team of lead managers.