Empire State Building to be sold to public in $4.2B IPO.

Malkin Holdings LLC, the owner of New York’s famous landmark, is about to package the iconic office tower with 20 other New York area properties into a new REIT: Empire State Realty Trust. 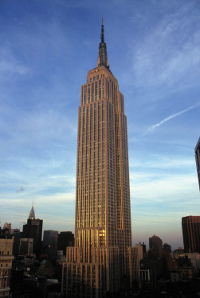 Scheduled for October 1st, the trust’s IPO on the New York Stock Exchange (where else?) under the ticker symbol ESRT is expected to raise over a billion dollars from the sale of 71.5 million shares at $13 to $15 a piece.

“It would offer public investors a unique way to play the New York market,” Michael Knott, an analyst with research firm Green Street Advisors Inc, expressed his optimism to Bloomberg.

Just what will this REIT offer investors?

Can it withstand the turbulent winds sweeping across real estate markets?

As one of New York’s must-see attractions, the Empire State Building offers a premium over most office properties in the extra revenue generated from its two observation decks, which receive over 3.6 million tourists each year.

Of the REIT’s pro-forma annual revenue of $511 million from all 21 properties, the Empire State Building’s sight-seeing income accounted for 18%, or some $92.2 million.

Add the building’s enormous office leasing income, and the landmark’s contribution to the REIT’s profits soars to over 47%, making the Empire State Building the portfolio’s crown jewel.

While the landmark’s tourism revenue may not have much room for growth, substantial revenue increases will come from the building’s office leases once extensive renovations are completed.

“The 20 or so floors they have finished renovations on, they’ve increased the revenues on by almost 110 percent,” Knott informed Bloomberg.

With another 50 floors still being upgraded, the increased revenue from doubling the leasing rates on more than half the building will be considerable. “The early results there are encouraging, and speak to the progress they have made in executing the repositioning”, Knott appraises.

Yet the REIT holds 20 other lucrative income properties besides the Empire State Building. Among the portfolio’s office properties are seven Manhattan towers – including the famous Fisk Building and 1 Grand Central Place – and five on the north side. The basket’s six retail properties include Manhattan’s 10 Union Square. A development site in Stamford and options to purchase two other Manhattan office buildings round out the offering’s collection.

All that leasing and tourist income is likely to afford the trust a very attractive dividend expected to range from 5% to 5.5% annually.

One indication that the trust’s IPO may do exceptionally well is a series of high priced offers from three separate investor groups who were hoping to purchase just the Empire State Building alone.

Joseph Sitt’s Thor Equities LLC’s offer of $1.4 billion at the low end, up to Philip Pilevsky and Joseph Tabak’s $2.1 billion offer at the high end, plus one other by Rubin Schron in between, were all rejected by Malkin Holdings.

If investors are willing to pay as much as $2 billion for just one of the REIT’s buildings, the trust’s 71.5 million shares should theoretically trade for at least $27.97 – even higher when adding the portfolio’s remaining 20 properties.

The trust’s executives certainly expect the auction to play out very nicely for the original investors, and thus they rejected the bids which they believe offered “materially less value to investors because of debt and other obligations,” Bloomberg cites.

This IPO may have the potential to become a skyscraper among REITs.

We''ll keep you on top of all the hottest investment ideas before they hit Wall Street.

Become a member today, and get our latest free report: "The Next Gold Rush: Three Easy Gold Investments fo 2020"

It contains full details on something incredibly important that''s unfolding and affecting how gold is classified as an investment..

After getting your report, you'll begin receiving the Wealth Daily e-Letter, delivered to your inbox daily.

It’s a Long Way Down

Yet one always wonders about the IPOs of successful, cash-generating enterprises.

If they’re truly so profitable, why sell shares and relinquish such a large ownership stake to other investors? Like the mighty Kong, are real estate REITs doomed for a nasty fall?

Why is this significant? Because 2006 was at the height of the last housing cycle before land values crashed.

Add skyrocketing interest rates since May, and the real estate market looks to begin cooling just a bit.

“Overall, the report shows that housing prices are rising but the pace may be slowing,” David Blitzer, chairman of the Index Committee at S&P Dow Jones Indices, gave his assessment to Forbes.

The Case-Shiller Index’s co-creator and economics professor at Yale University, Robert Shiller, cautioned, “I think there is a risk of a softening housing market.” Confirming that expectation, the Bloomberg REIT Index of 138 real estate trusts has fallen more than 11% sine its May peak.

But not all regions are faring the same, with the New York markets still showing remarkable resilience despite the higher mortgage rates.

And of course, the new REIT in question is a commercial trust, not residential, holding some of the most profitable commercial spaces in the nation.

If the dazzling sex-appeal of holding a partial stake in one of the most famous landmarks in the world captivates you like the starlet Fay Wray did Kong, keep in mind Knott’s caution that “many of the Empire State Building stakeholders are expected to cash out their shares as various lockup periods expire,” which “could conceivably put some pressure on the share price,” Bloomberg cites.

Even so, with steady revenues into the hundreds of millions of dollars each year, the soon-to-be Empire State Realty Trust should stand tall as a landmark among real estate REITs for years to come once the economic recovery is finally complete.

If you liked this article, you may also enjoy: 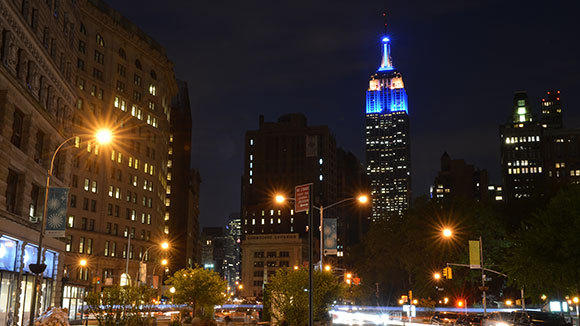 Groupon's (NASDAQ: GRPN) IPO was a well-publicized flop. Will LivingSocial take heed, or will the digital coupon company go public as well?

China's e-commerce giant Alibaba may forego its Hong Kong listing for a NASDAQ listing instead...

housing market continues to grow, so will related stocks.

Sandwich chain Potbelly is preparing an IPO. Here's why the company has the potential to soar...