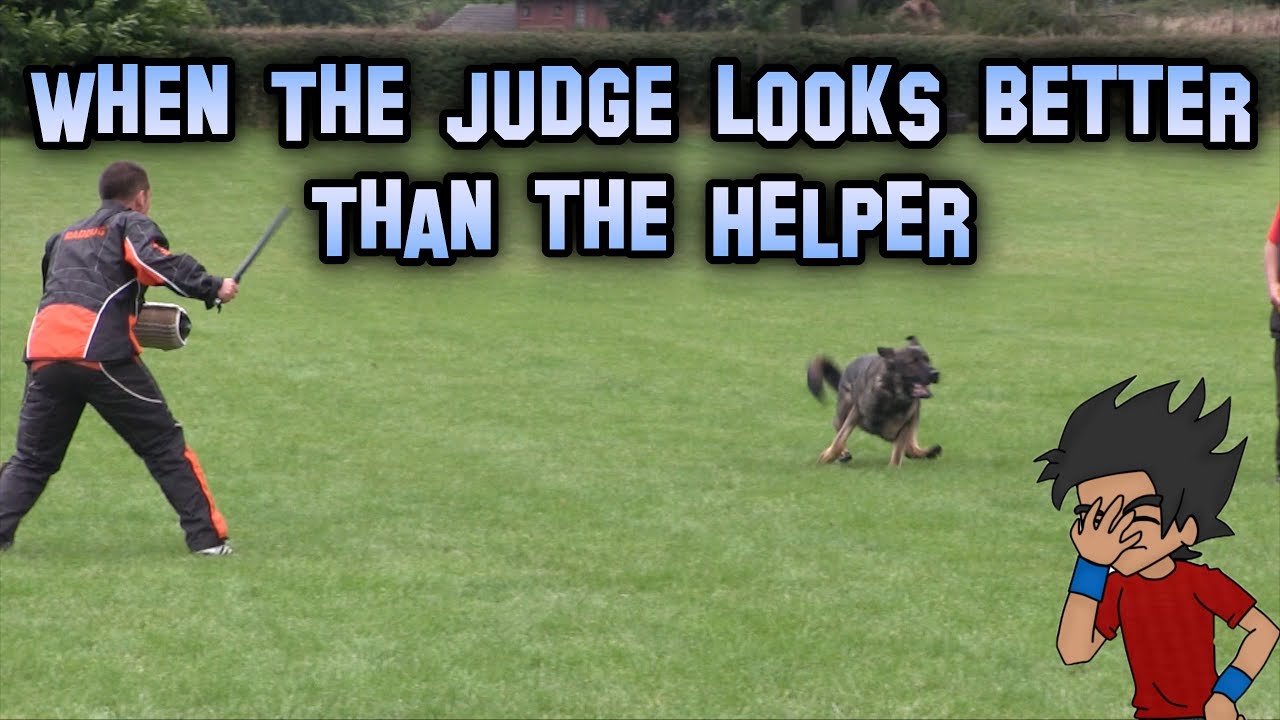 SchH) means “protection (Schutz) - dog (Hund)” in German. This is a misnomer, as protection is only one phase of this multi-purpose training and Dogsport is a more accurate description, Dogsport (Hundesport).

What began as a voluntary test to determine a dog’s suitability for being worthy of breeding, soon became the foundation of the German working dog breeding program and eventually has developed into a world-wide sport.

Offspring of dogs with IGP titles are highly sought after for their ever confident and outgoing natures and correct working temperaments.

Prior to 1st January 2019, the titles were designated IPO.

The Dogsport Trial has three levels; IGPI, IGPII and IGPIII, each level progressively more difficult.Each level has three phases – tracking, obedience and character testing.A dog can score a maximum of 300 points and a maximum of 100 points in each phase.

A passing score of at least 70 in tracking, 70 in Obedience and 80 in Character work is required on the same day to earn the title.If a dog fails to obtain the required number of points in any phase, he fails regardless of how well he does in the other two phases.

Before entry into a trial the dog must pass a BH test (companion dog) comprising of crowd and traffic sureness and a level of obedience on and off leash.

Only dogs with sound temperament will pass this test and are eligible to be trialed.

Tracking tests the dog’s olfactory abilities, concentration, control, endurance and motivation.A dog must follow precisely the path a person has walked in a field and indicate objects the person has dropped. The difficulty varies from a 20 minute old 400+ pace track with two right angle turns and three objects in IGP1, to a 60+ minute old 800 pace track with four corners and three objects in IGP111.

A dog has to have trainability, speed, agility and a positive attitude to take direction from his handler.

All these abilities are tested in the Obedience phase.

In IGP1 and IGP11 the dog must perform on and off leash heeling, sit stay, down stay, recalls, retrieves, jumping and a send-away.

In IGO111 the dog performs everything off leash, retrieves a four pound dumbbell and performs stand and stay exercises from walking and running.

In all levels dogs are tested for gun shyness and control in a milling crowd. 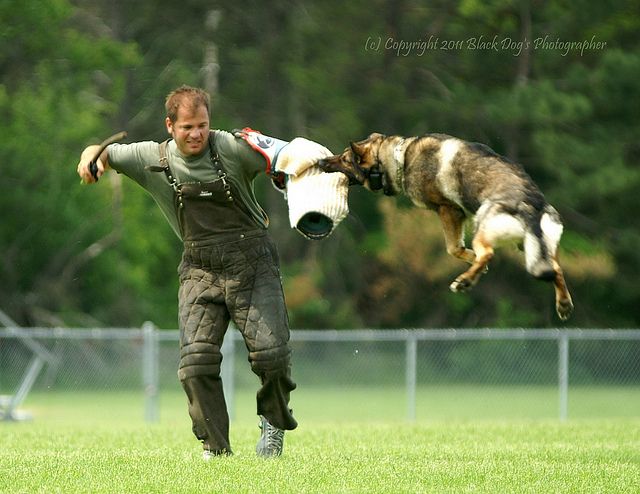 The routines and approximately 20 minutes long and take up a trial area the size of a soccer field.

The Character test assesses the dog’s courage, physical strength and agility. The handler's control if the dog is absolutely essential.The exercises include:

The dog is expected to pursue the decoy when an escape is attempted and to hold the grip firmly.

The decoy is searched and transported to the judge by the handler and dog.

When the decoy attempts to charge at the handler, the dog is expected to stop the charge without any hesitation and a firm grip placed on the padded sleeve.

The dog is expected to release the grip on command and/or when the decoy discontinues moving.

Throughout the trial the judge is watching to be sure the dog displays proper courage, stability and soundness of temperament.

The character testing is intended to assure that the dog is neither a coward nor a criminal menace.This is an athletic event for dogs, most of whom are family pets.

Due to the physical demands of running, jumping and tracking, only the dogs in the best physical condition and with good structure can excel.In this way, the Dogsport of today fulfils its original purpose as a Fit-For-Breeding test.

IGP trials are conducted under the FCI rules for Utility Dog Trials.

The following link is for the rules that came into force 1st January 2019: