Investors with a long-term horizon can consider subscribing to the initial public offering of Adani Power (APL), the power generation arm of Adani Enterprises that is engaged in power project development and operations.

Given that the company's operations are at a nascent stage and the offer is not cheap, investors should not expect listing gains on this offer.

Of this, Rs 2,200 crore would be used to fund the equity portion of two power generation plants - Mundra Phase 4 and Thiroda of 1980 MW each. Balance funds will be deployed for Dahej (in Gujarat) and Kawai (in Maharashtra) power units, totalling 3,300 MW; these are in the nascent stages.

Though Adani's projects lack operational history, the growth opportunities in the power sector are bright due to the huge demand-supply imbalance.

Its unique advantages lie in dedicated transmission lines to evacuate power, the opportunity for higher realisations from merchant power agreements and tax benefits due to its SEZ status.

However, before investing, investors have to bear in mind the risks to fuel supplies from the proposed new mining policy in Indonesia and operational issues cited by users of Chinese power equipment.

At the offer price, the company's business appears fairly valued. 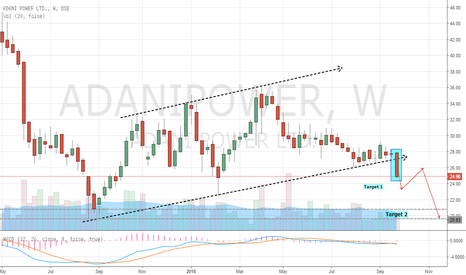 As the company has limited operational history, we have evaluated the offer based on market capitalisation per MW and price-to-book value, post offer.

At the lower end of the price band, Adani Power is valued at a P/BV of 3.4 times, a slight premium to its industry peers (average of 2.9 times).

However, at Rs 90, the market cap per MW (Rs 3 crore/ MW) is in line with the industry peers (in case of market cap/MW valuation, only projects that have attained financial closure are considered).

That suggests that at the lower end of the price band, the offer is fairly valued vis-a-vis its peers.

However, as we expect higher earnings growth and ROEs in the initial years, Adani Power may be able to command premium valuations.

Most of the capacity is expected to come up in the Western region, which now has a energy deficit of 16 per cent and peak deficit of 19 per cent.

These projects are also strategically located for easy transportation of coal and water.

The Mundra (Gujarat) and Thiroda (Maharashtra) projects, totalling 6,600 MW, have attained financial closure and are in various stages of execution.

The remaining 3,300 MW is in the planning stages with projects at Dahej and Kawai.

Adani Power plans to invest Rs 28,369 crore to set up the entire 6,600 MW of capacity; the remaining equity portion being funded by infusion from the promoter.

The Thiroda project is expected to be commissioned by April 2012.

The company recently started commercial operations for the Mundra Unit-1 (330 MW) and reported accumulated losses of Rs 9.7 crore for the year-ended March 2009.

Given that the company has the opportunity to sell merchant power till February 2010 (when the PPA comes to effect), the company may turn cash flow positive by this year.

This may result in lower costs compared to other merchant and captive power plants that have to depend on state grid.

The distance transmission lines covering a total of 1,596 km can be used to wheel merchant power to various purchasers.

At a time when execution delays owing to equipment and funding delays and fuel shortages have affected the capacity addition targets of various peers, Adani Power has established much of it as backward linkages.

It has tied up fuel linkages for the next 15 years and has also tied up PPAs with the Gujarat, Maharashtra, and Haryana electricity boards for the next 25 years.

Revenues, attributable to 72 per cent of the 6,600 MW capacity, which is expected by April 2012, have been secured through PPAs.

Adani has the flexibility to enter into merchant power agreements and short-term PPAs with companies and state utilities for the remaining 28 per cent, which may allow higher realisations and easier pass through of costs.

Recent reports, in fact, suggest that the merchant tariffs have risen to more than Rs 7 per unit in the peak season and Rs 4.5- 5 per unit for the rest of the year in the Western region due to a wider peak deficit.

However, the realisations from merchant power sales may fall as State utilities manage to increase the generation capacity and reduce the cross subsidies.

According to the management, the company's agreements to procure coal at a competitive cost of $36 per tonne will reduce the cost of power generation.

The company estimates the cost of generating at Rs 1.5-1.7 per unit while the PPA realisations are expected at Rs 2.62-2.94 per unit and merchant power realisations at Rs 4.5 per unit. This could lead to higher ROEs for the projects in the initial years.

Though location in a SEZ and section 80IA status allows tax benefits, these benefits are pass-through and will allow Adani Power to quote lower tariffs going forward.

As 80 per cent of the capacity to be added will run on super-critical technology it may get carbon credit benefits as the technology is more efficient (burns less fuel).

The company has decided to rely mainly on Chinese equipment for setting up the power plants, taking the view that the waiting periods involved in sourcing indigenous equipment tend to escalate costs.

There have been instances in India of power generation players facing intermittent problems with Chinese equipment.

One such instance is collapse of turbine blades in the Sagardighi thermal station in West Bengal, which caused a shutdown for over 80 days.

While these will usually be compensated by the contractor, they may create unscheduled shutdowns.

However, this may be partly compensated by provisional supply from domestic sources which was approved for Mundra IV and Thiroda projects.

The ongoing intellectual property rights litigation between Alstom and supercritical boiler supplier- Shanghai Electricals, also bears watching as the verdict may have implications for equipment supplies to the Thiroda project.